Haslemere's missing banner was one of hundreds in the 10,000 women-strong NUWSS march to the Albert Hall on 13th June 1908; 76 years after the first petition for votes for women, and another 20 before it was won. Only the text was documented: Weaving fair and weaving free, England's Web of Destiny. This re-visioned banner is a temporary monument to the courage, tenacity and solidarity of those thousands of ordinary women of the time who  engaged in this struggle. Their words are woven into the banner. It is part of an ongoing series of temporary monuments to mark and honour such acts of self-organisation and resilience. The symbols represent those human qualities that support such resistance. 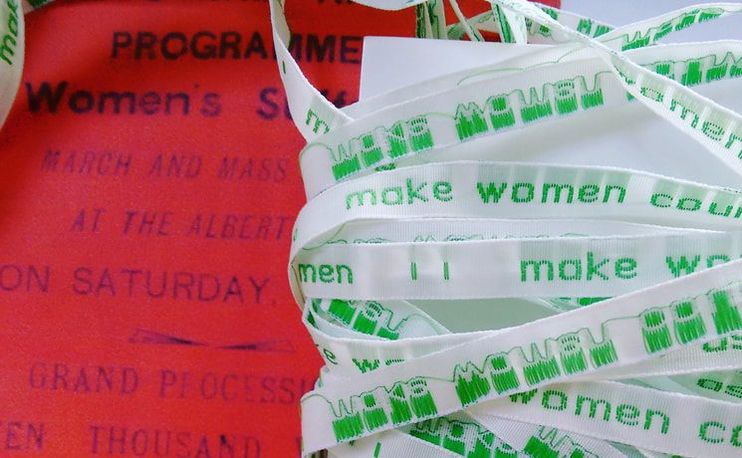